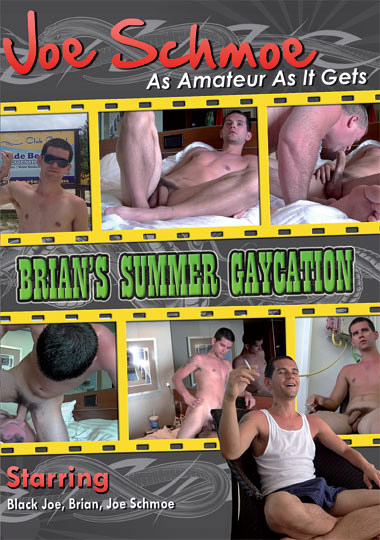 Brian has been extra-good this year…So on a whim..Joe decided to take him along on his summer vacation. Since Brian is "str8" and all… He named his trip..His summer "gaycation" Brian hasn’t really been anywhere before, so he was really thankful for the opportunity to tag-along on the trip…and kept showing it…by Making sure He kept his dick Rock hard and ready to go. He fucks the dawg shit out of Both the Joes..in this first scene..and nuts more than once..Before shooting his nutt all over himself…

We are really proud of our little redneck Studboy…Since we have been on this trip…He has been trying all sorts of new things… Even new things sexually. Today..after telling us that sometimes he plays with his butt when he Jacks off…He decides to play with a dildo… He chooses a small vibrating one..and it just slips right in…He makes a few funny faces…and soon gets right into it…I just love it when "str8guys" feel comfortable enough to share moments like this with us….My dick is so hard…I ant resist..and I shove my fat lil peter deep inside Brian’s Hole….He’s young enough to be my son…and it turns me on so much..I almost nutt inside him right then and there…So I hafta stop for a second and cool down…Brian must be into it..cause when I lay on my back..He climbs on and rides it and everything….eventually he strokes himself fully hard…and shoots his load all over my chest with my dick buried deep in his ass….

Rooming with a 22 yr old…Means you get dick whenever their dick is hard…today is no exception…Brian wakes up with a boner….and I suck him off…

Brian has been extra-good this year…So on a whim..Joe decided to take him along on his summer vacation. Since Brian is "str8" and all… He named his trip..His summer "gaycation"

All images and videos featured are provided by the producers or site that each is linked to. All content complies with 18 USC.2257.